The EU is fighting anti-dumping again! How should fastener exporters respond?

The EU is fighting anti-dumping again! How should fastener exporters respond?

On February 17, 2022, the European Commission issued a final announcement showing that the final decision to levy dumping duties on steel fasteners originating in the People's Republic of China was 22.1%-86.5%, consistent with the results announced in December last year. Among them, Jiangsu Yongyi accounted for 22.1%, Ningbo Jinding 46.1%, Wenzhou Junhao 48.8%, other responding companies 39.6%, and other non-responding companies 86.5%. These Regulations shall come into force on the day following the announcement.

Kimiko found that not all of the fastener products involved did not include steel nuts and rivets. See the end of the article for the specific products and customs codes involved.

For the anti-dumping, Chinese fastener exporters expressed the strongest protest and firm opposition.

According to EU customs statistics, in 2020, the EU imported 643,308 tons of fasteners from mainland China, with an import value of 1,125,522,464 euros, making it the largest source of fastener imports in the EU. The EU levies such high anti-dumping duties on my country, which is bound to have a huge impact on domestic enterprises exporting to the EU market.

How do domestic fastener exporters respond?

Throughout the recent EU anti-dumping case, some exporting companies took risks to ship fastener products to third countries, such as Malaysia, Thailand and other countries in response to the EU's high anti-dumping duties. The country of origin becomes a third country.

According to European industry sources, the above method of re-exporting through a third country is illegal in the EU. Once detected by EU customs, EU importers will face high fines and even imprisonment. Therefore, most conscious EU importers do not accept this practice of transshipment through third countries, given the EU's strict monitoring of transshipment.

So, in the face of the EU's anti-dumping stick, what do domestic exporters think? How will they respond?

Manager Zhou of Zhejiang Haiyan Zhengmao Standard Parts Co., Ltd. said: Our company specializes in the production of various fasteners, mainly machine screws and triangular self-locking screws. The EU market accounts for 35% of our export market. This time, we participated in the EU's anti-dumping response and ended up with a more favorable tax rate of 39.6%. So many years of foreign trade experience tell us that when encountering foreign anti-dumping investigations, export enterprises must pay attention and actively participate in responding to the lawsuit.

Zhou Qun, deputy general manager of Zhejiang Minmetals Huitong Import and Export Co., Ltd. pointed out: Our company mainly exports general fasteners and non-standard parts, and the main markets include North America, Central and South America and the European Union, of which exports to the European Union account for less than 10% %. In the first EU anti-dumping investigation, our company's market share in Europe was severely affected by the unfavorable response to the lawsuit. This anti-dumping investigation is precisely because the market share is not high, we did not respond.

Anti-dumping is bound to have a certain impact on my country's short-term fastener exports, but in view of the industrial scale and professionalism of my country's general fasteners, as long as the exporters respond collectively, actively cooperate with the Ministry of Industry and Information Technology and the Chamber of Commerce and Industry to maintain close contact with the import of fasteners at all levels in the EU Businessmen and distributors actively persuaded that the EU's anti-dumping case of fasteners exported to China will improve.

The person in charge of a fastener export company in Jiaxing said that since many of the company's products are exported to the EU, we are also particularly concerned about this incident. However, we found that in the list of other cooperative enterprises listed in the annex of the EU announcement, in addition to fastener factories, there are also some trading companies. Companies with higher tax rates can continue to maintain the European export market by exporting in the name of the companies sued at lower tax rates, thereby reducing losses.

Applications:
When a company received an anti-dumping investigation from the European Union, it actively conducted in-depth research and discussions with the Yancheng Council for the Promotion of International Trade. The products are changed from Chinese origin to Chinese processing, and apply for a processing and assembly certificate. Since the goods are no longer of Chinese origin, the German customs decided not to impose anti-dumping duties on the company, avoiding major economic losses for the company.
Certificate sample: 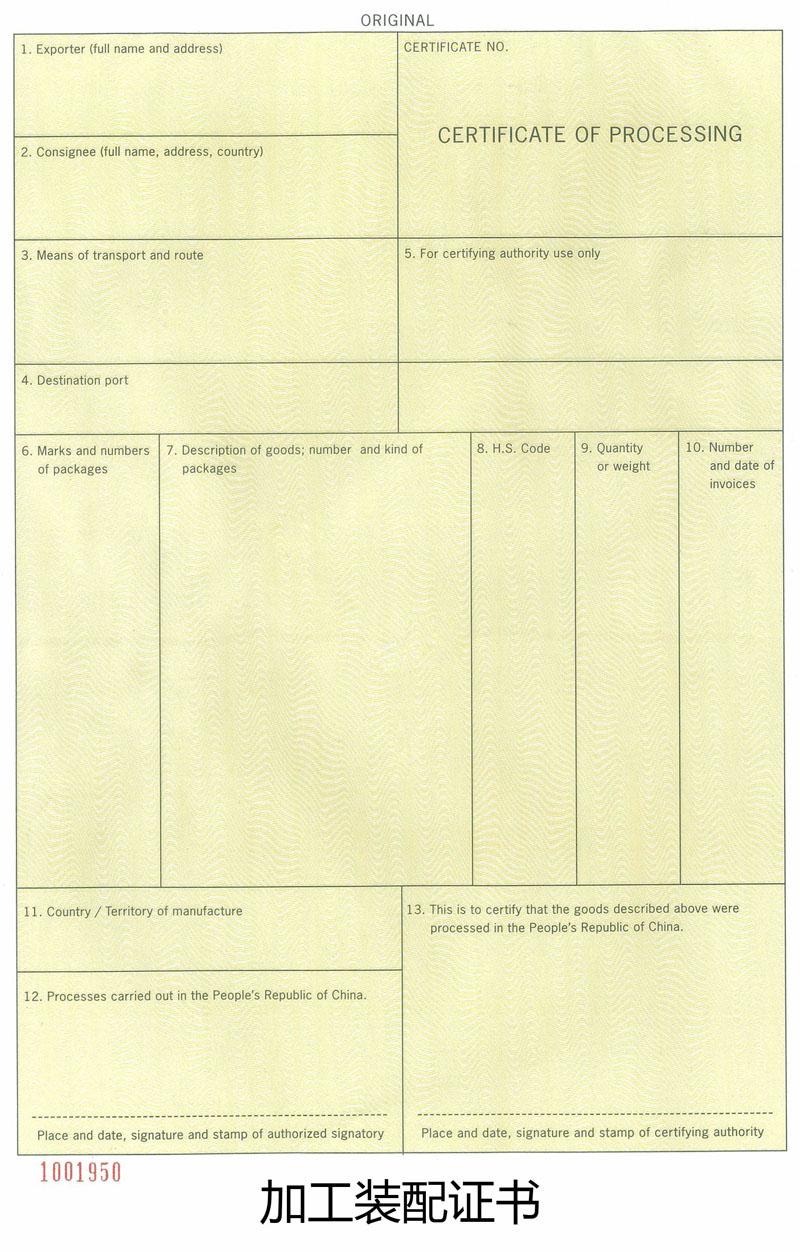 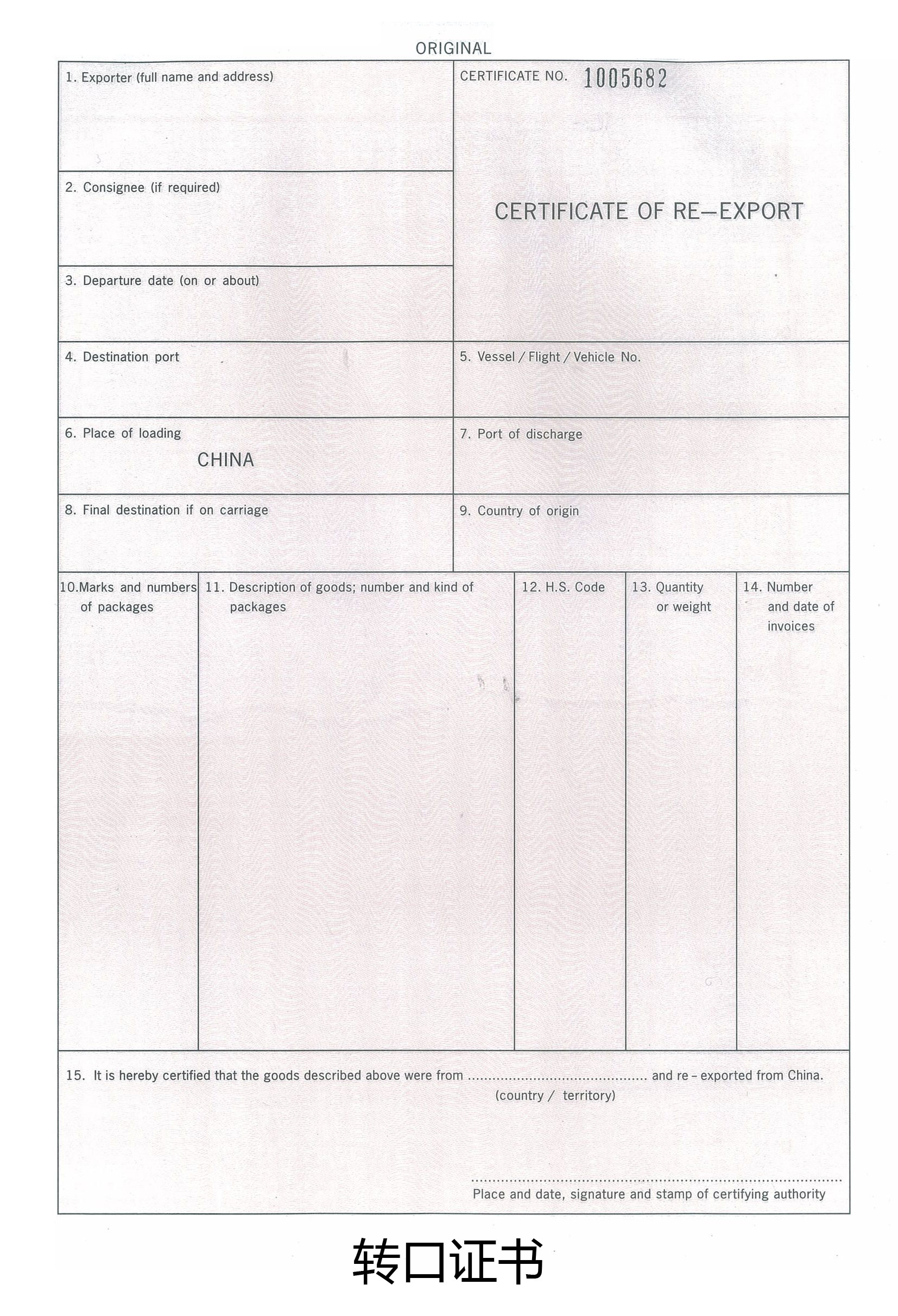